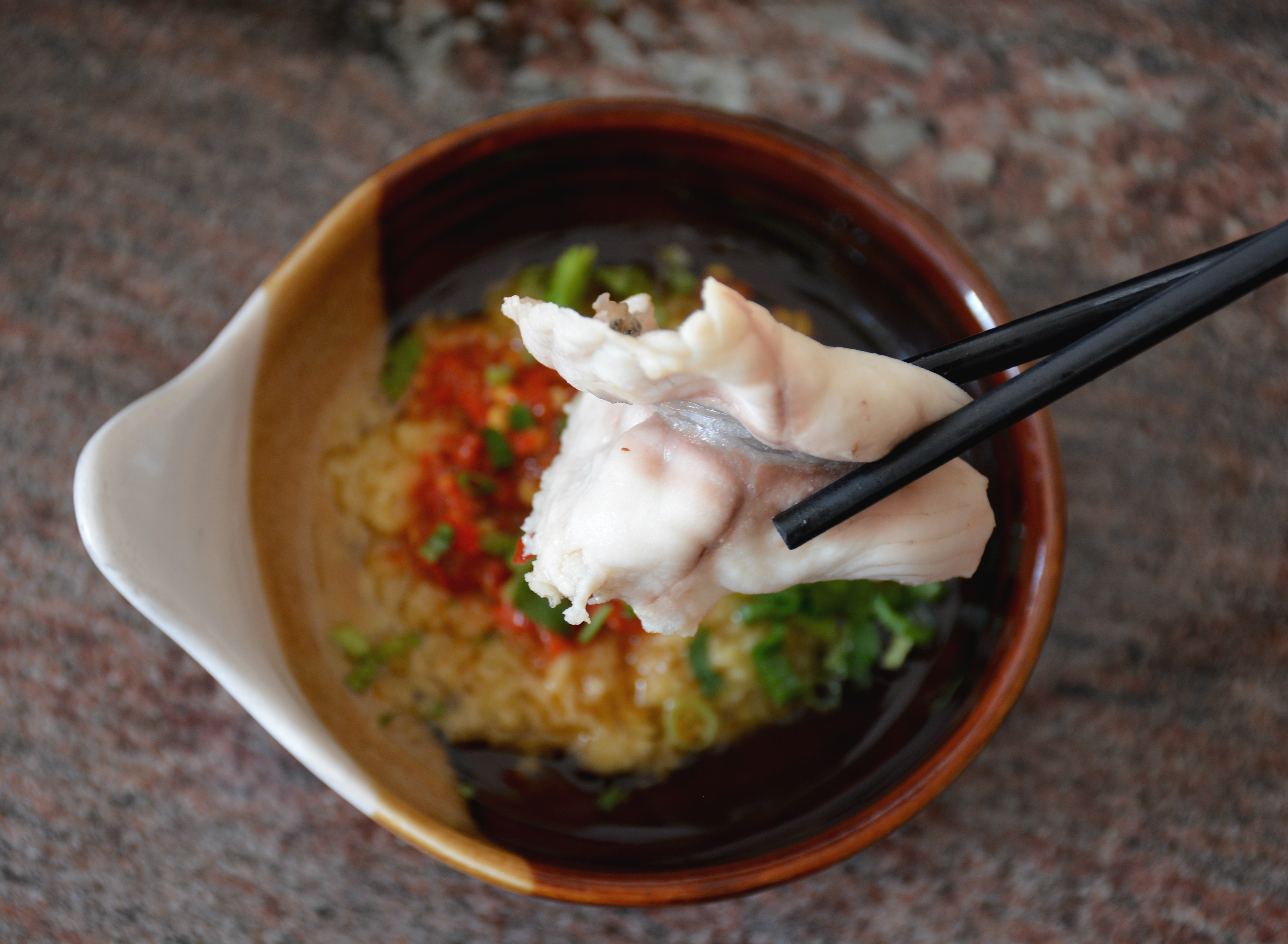 For as long as I can remember, I have always had a special place in my heart (and stomach) for hot pot.  Known as “huo guo” in Chinese, which translates literally to “fire pot,” hot pot of all kinds always brings memories of festive family feasts filled with colorful arrangements of thinly sliced lamb, mushrooms of all kinds, crisp and leafy vegetables… the possibilities are endless!  During my most recent trip home, my hot pot craving was happily satisfied by an afternoon feast of fresh fish hot pot.

Originated in Mongolian tribes, hot pot made its way to China between the 7th and 10th century during the Tang dynasty.  Fast forward over a thousand years, hot pot remains one of the most popular meals in China today and takes form in many exciting regional varieties both in and around China as well as throughout east Asia.  I discovered fish pot hot on a snowy winter night while traveling in Beijing six years ago, and I was thrilled to find it again in Dalian at Jipin Fish House during my recent trip home. 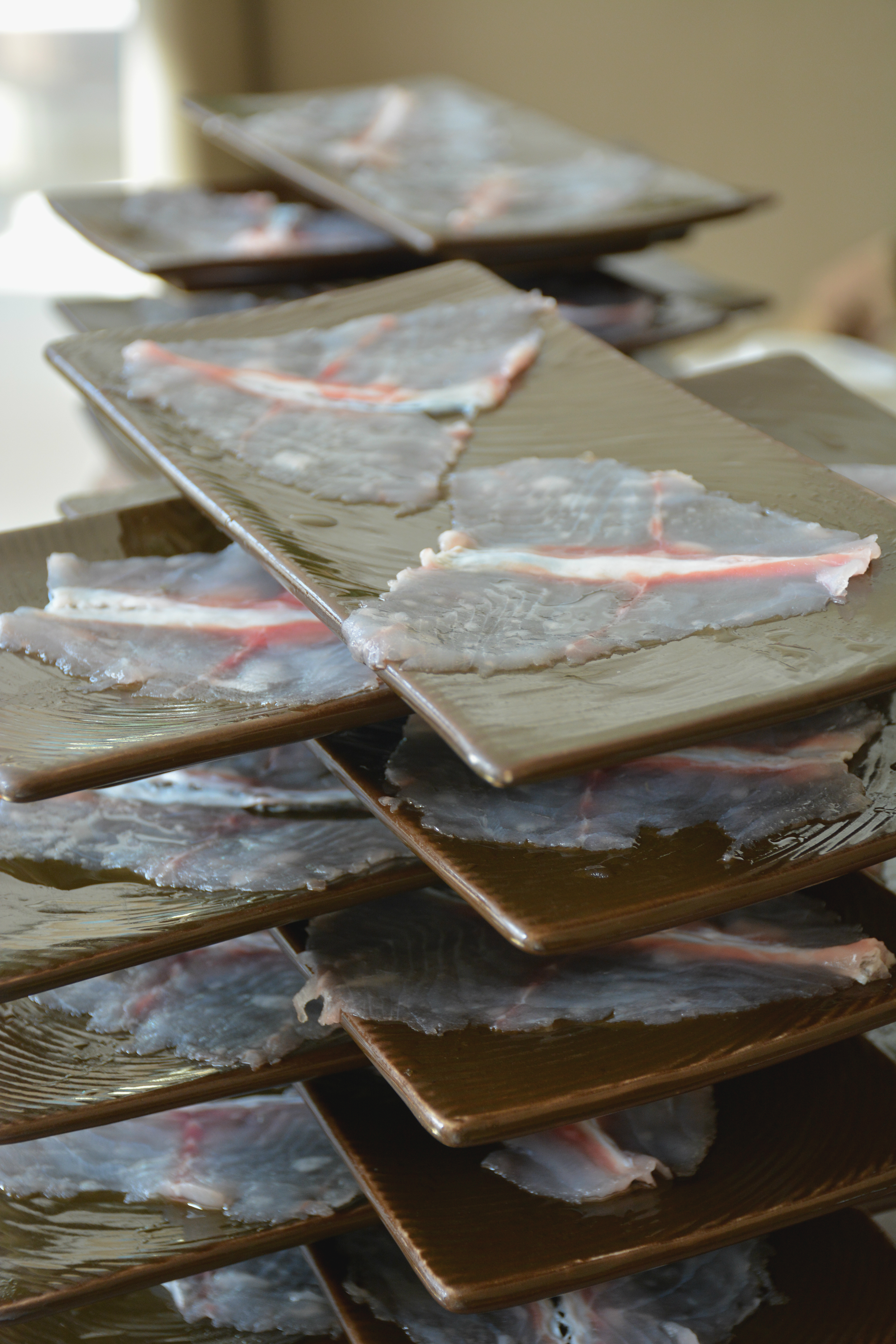 The star of fish hot pot is typically various varieties of large, freshwater fish, and we began our meal by selecting a lively, two-pound grouper fish.  Minutes later, the grouper reappeared at our table in towers of beautiful, delicate slices ready to be dipped in a milky, rich broth made from fishbones and herbs. 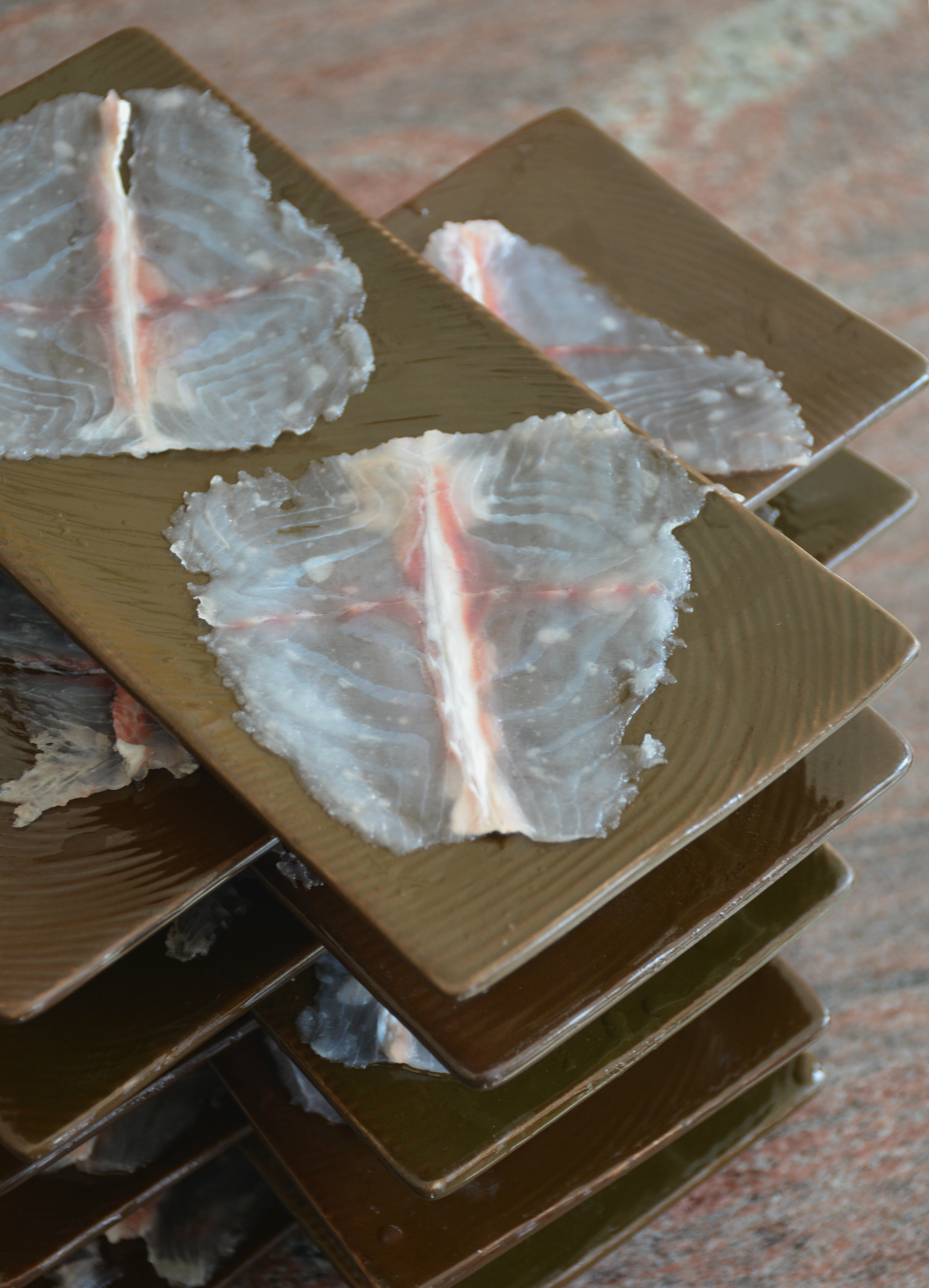 Not pictured here is the gorgeous fishbone broth, and only now have I realized that I was so enamored of this delicious feast that I failed to document such a key component!  That just means that you will have to see the broth for yourself one day! 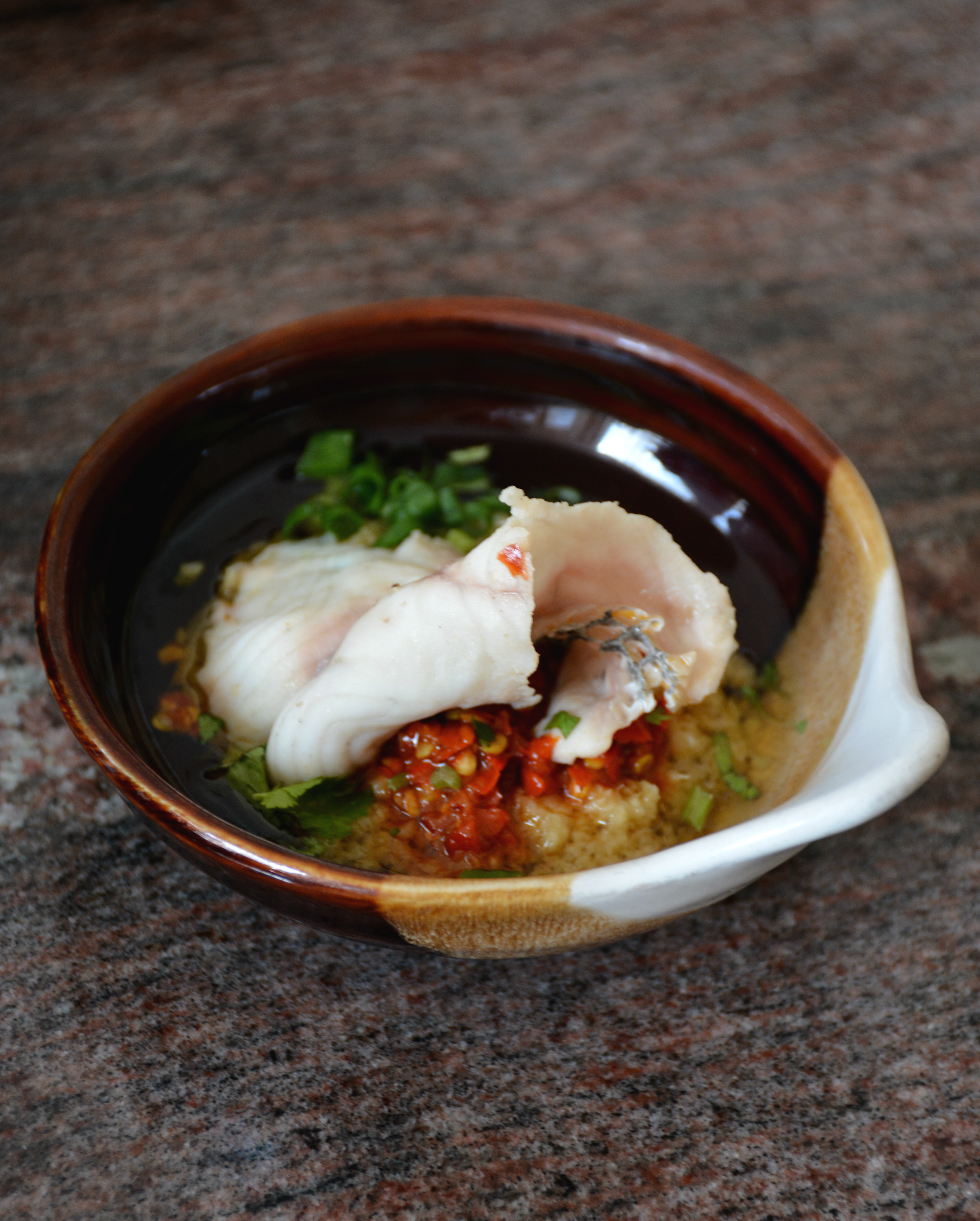 After a quick swim in the boiling broth, the fish is ready to be devoured.  I dressed mine in a mixture of minced ginger, light oils, herbs and fresh chilies.  You know I can’t say no to chilies! 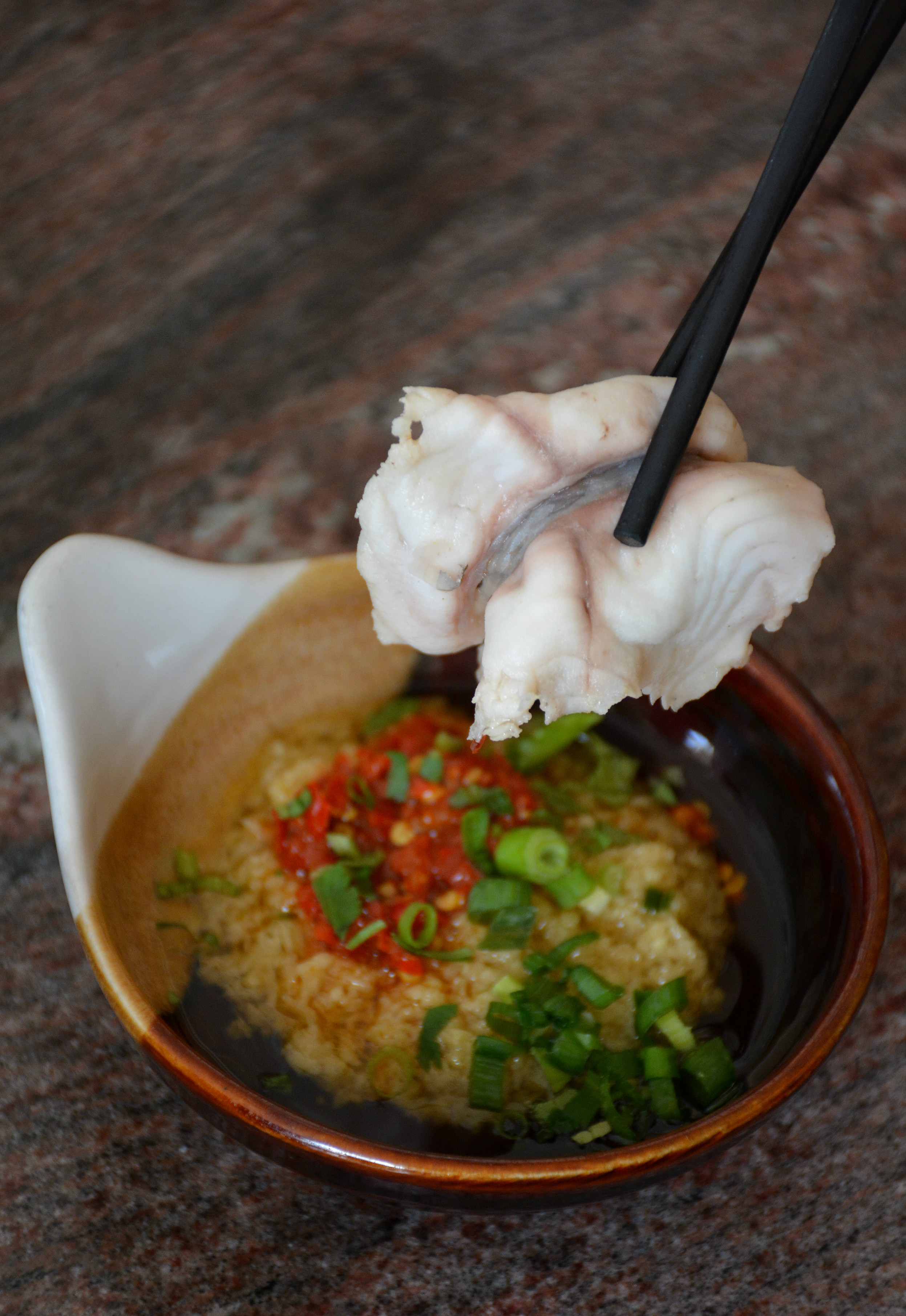 At the end of our meal, when there was room for no more, the chef generously sent to our table two plates of refreshing small bites,  First, crispy mountain yam in a blueberry reduction. 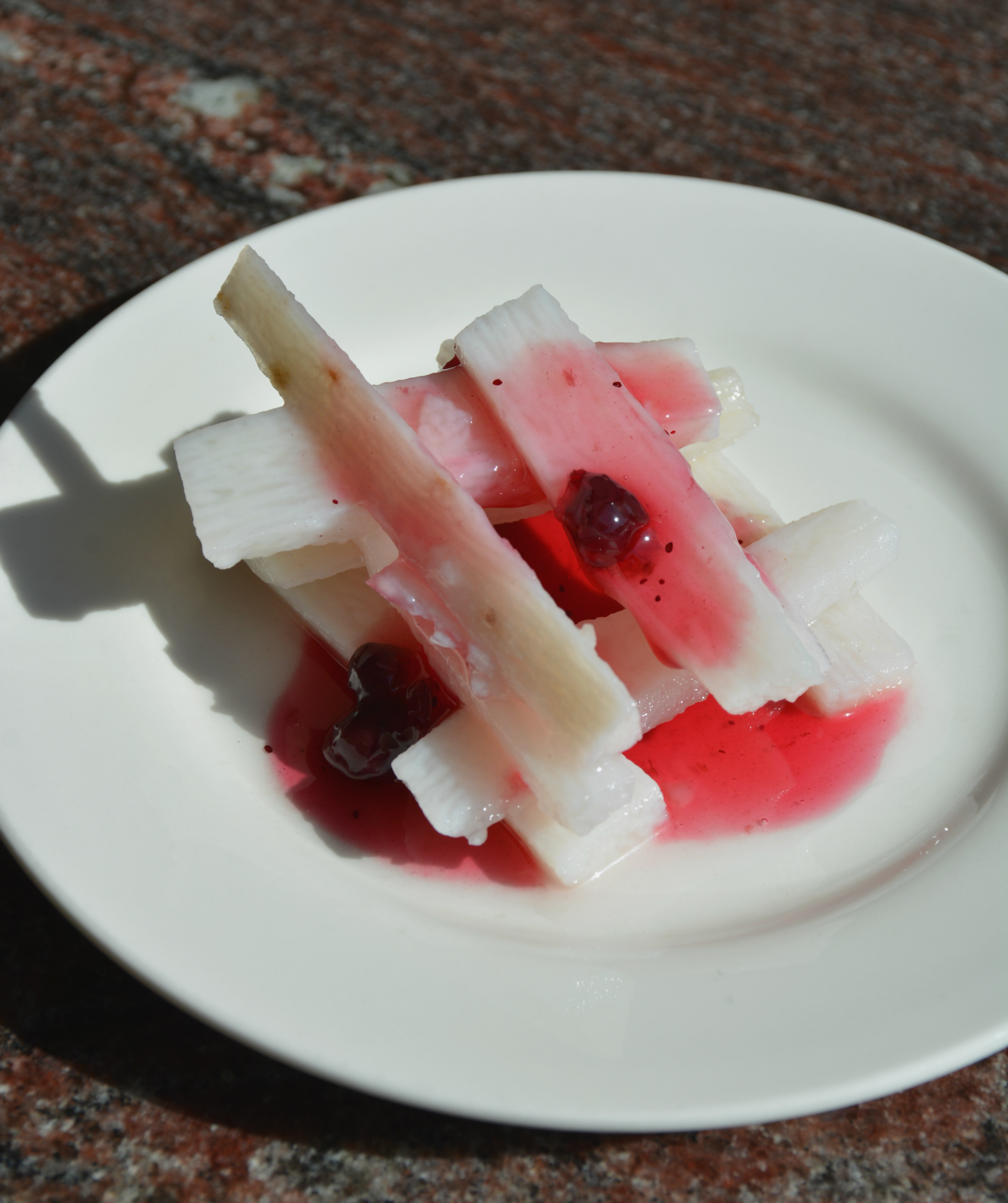 Next, sliced local pears marinated in red wine.  Both were delightful after a two-hour marathon of savory hot pot.  If only I had room for more! 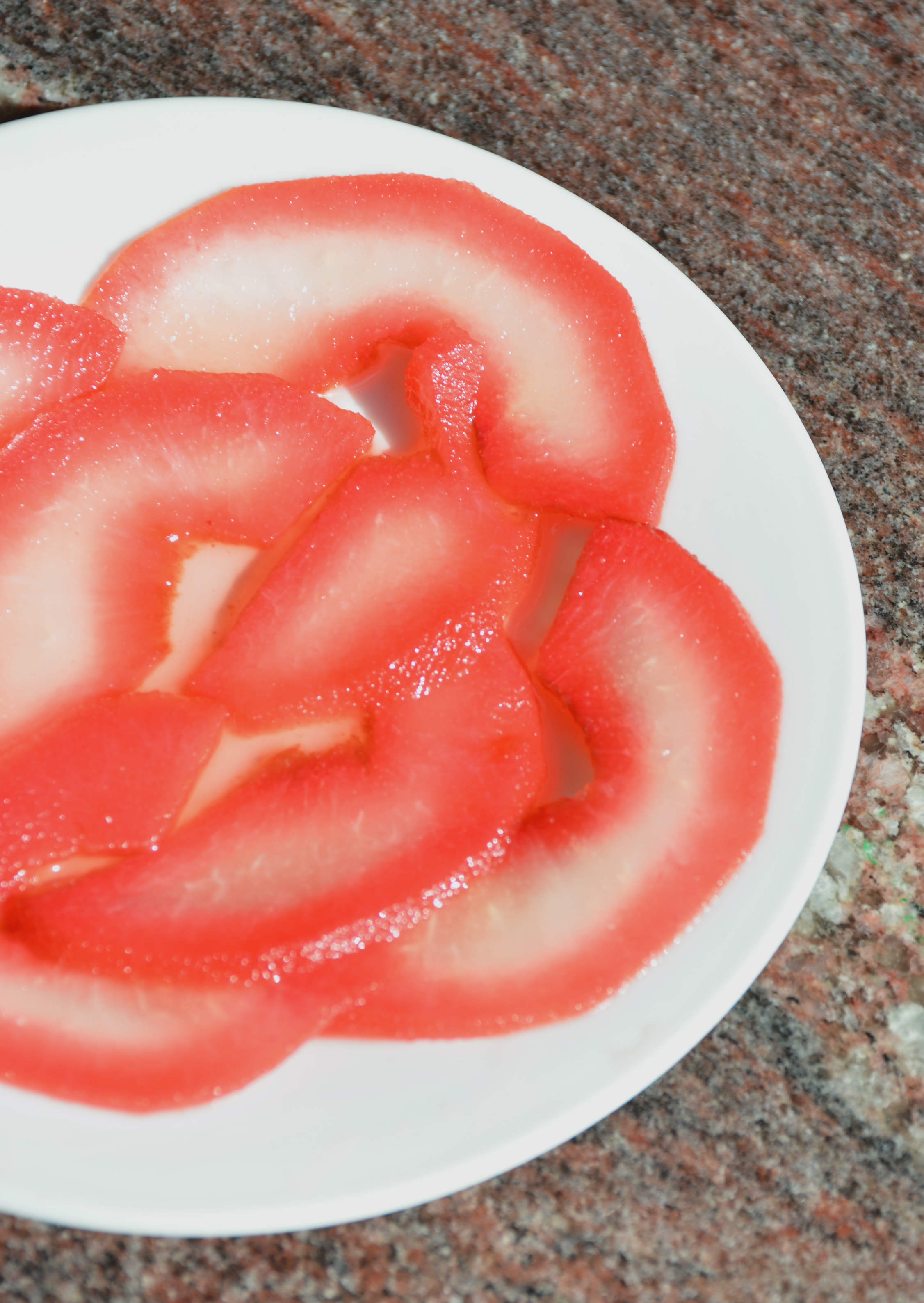