On Friday, Carnegie Deli, a true New York City landmark in Midtown Manhattan, shuttered its doors for the final time.  After 79 years of bringing the best of Jewish deli culture to New Yorkers and international travelers alike, the family-owned business said goodbye.  To have an idea of how much the Carnegie Deli was a part of New York City culture, historic and new, you simply have to take a look around the small but warm dining room.  Covering the walls are countless autographed photographs of visitors and lovers of Carnegie Deli, from Old Hollywood stars, international political figures, to today’s Instagram icons. 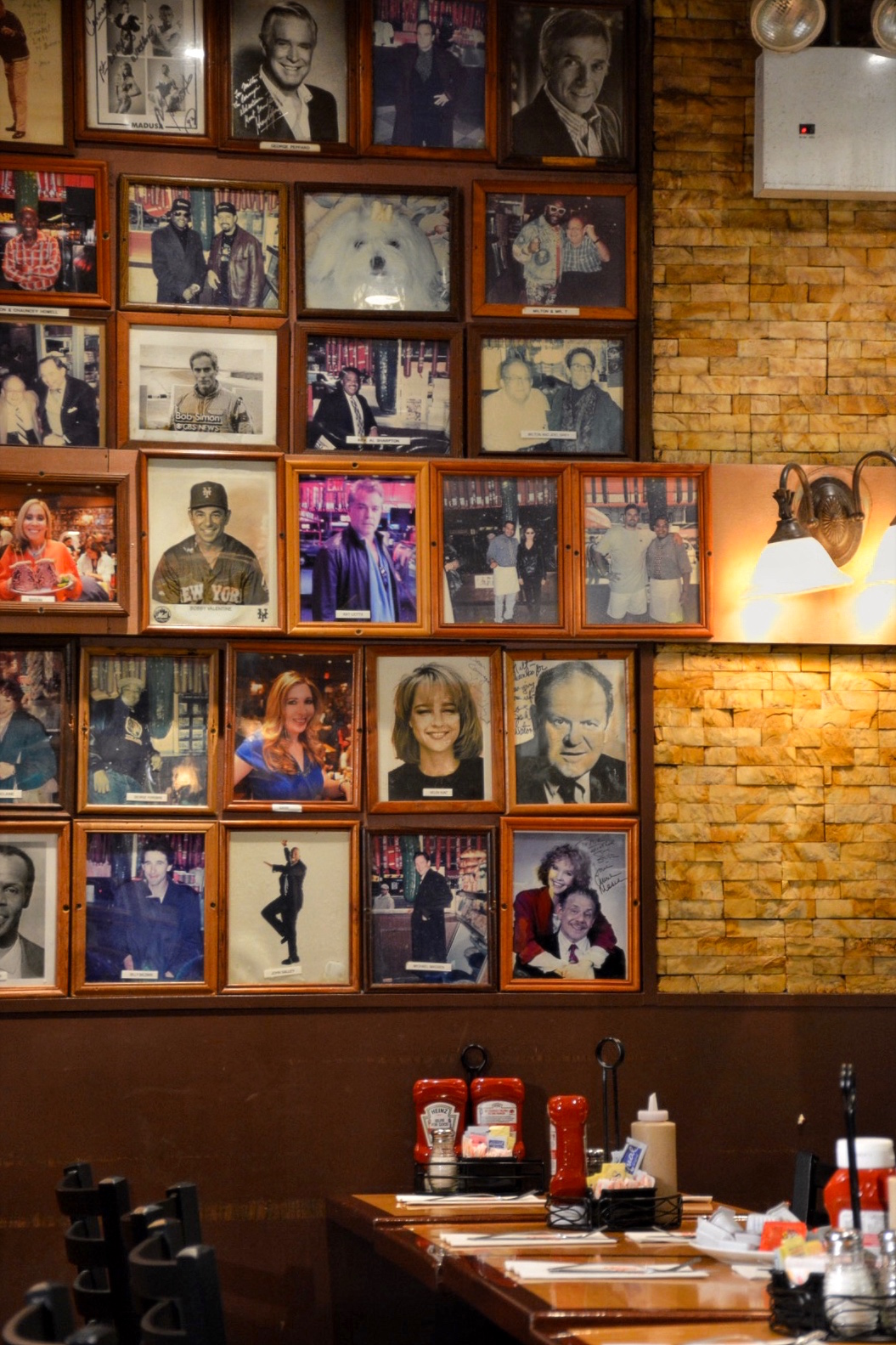 I braved the cold on Friday morning and made my way to the deli as the sun rose over Manhattan.  Despite working just a brisk walk away from Carnegie Deli and learning the news of its closing months ago, I’ve waited and waited to drop by for a final visit.  Countless times I’ve walked past, each time pleasantly surprised by the sizable line outside filled with excited faces, and reminded myself not to wait much longer to come back for the pastrami.  Friday morning was no exception, and there was already a substantial crowd lining up outside the deli before opening time.  Press vans also lined the block, and reporters from local and national news stations darted inside the deli and throughout the line of diners to capture the atmosphere of the last opening day.  When the deli doors finally opened, the crowd outside cheered, some with great anticipation and others with emotion while remembering that this would be the last time these Carnegie Deli doors opened. 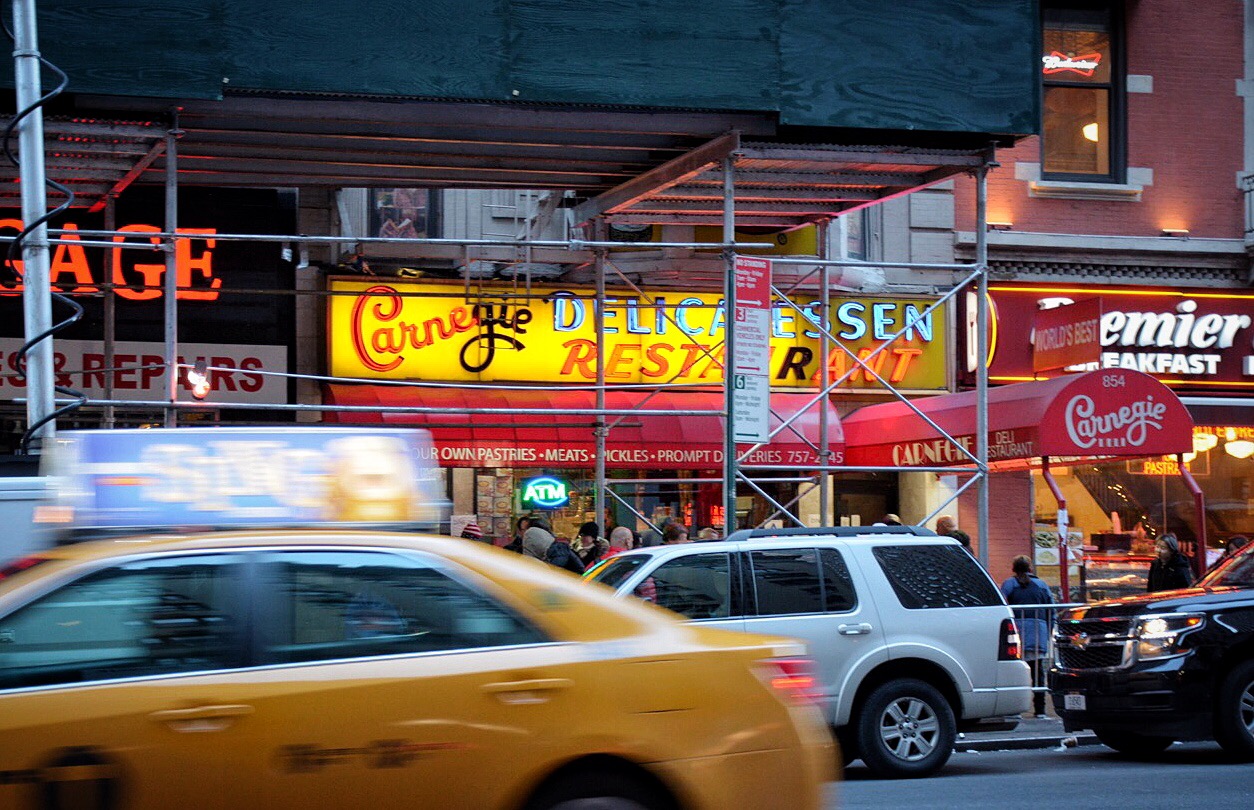 Sitting next to me was a charming elderly couple who lives near the neighborhood and has been visiting the Carnegie Deli for many years, with the husband dining here with his family since his childhood.  Like I had, they too crawled out of bed at the crack of dawn, and they beat the long line of Carnegie lovers to be the first to dine at Carnegie Deli on the last opening day.  “It’s the first time I’ve been first for anything,” said the husband, as he savored Carnegie Deli’s pastrami and corned beef sandwich lovingly titled the “Woody Allen.” 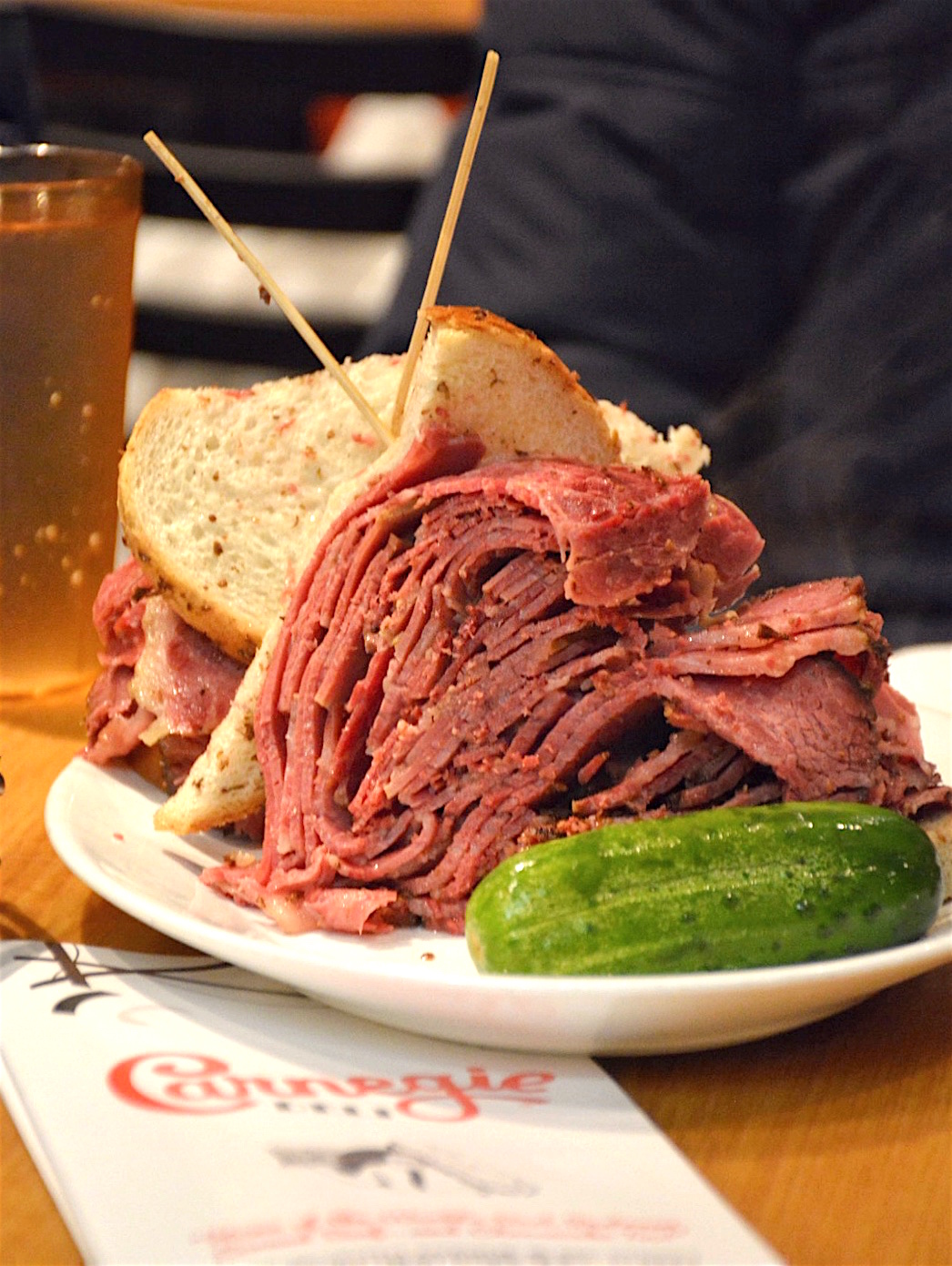 As soon as the first orders were placed, we heard announcements that the deli had run out of its beloved briskets.  But our server Al, who had been serving at Carnegie Deli for fourteen years, worked his magic on the last of the available brisket, and I was able to enjoy a Brisketball gargantuan sandwich for breakfast.  Despite my best efforts, I was able to eat only half of the Brisketball, which was the size of a basketball, and shared the remainder of the sandwich with nearby diners.  Not pictured here are Carnegie Deli’s spicy mustard and Russian dressing, also stars.

Like all other servers at Carnegie Deli, Al was joyful and proud to have been a part of Carnegie Deli’s history.  As Al zipped around the tables, a reporter asked for a quick interview to be included in the morning news clip.  “What’s your favorite thing about working at Carnegie Deli?”  With a smile, Al said that every morning he came to work with his family, and that is what he will miss the most. 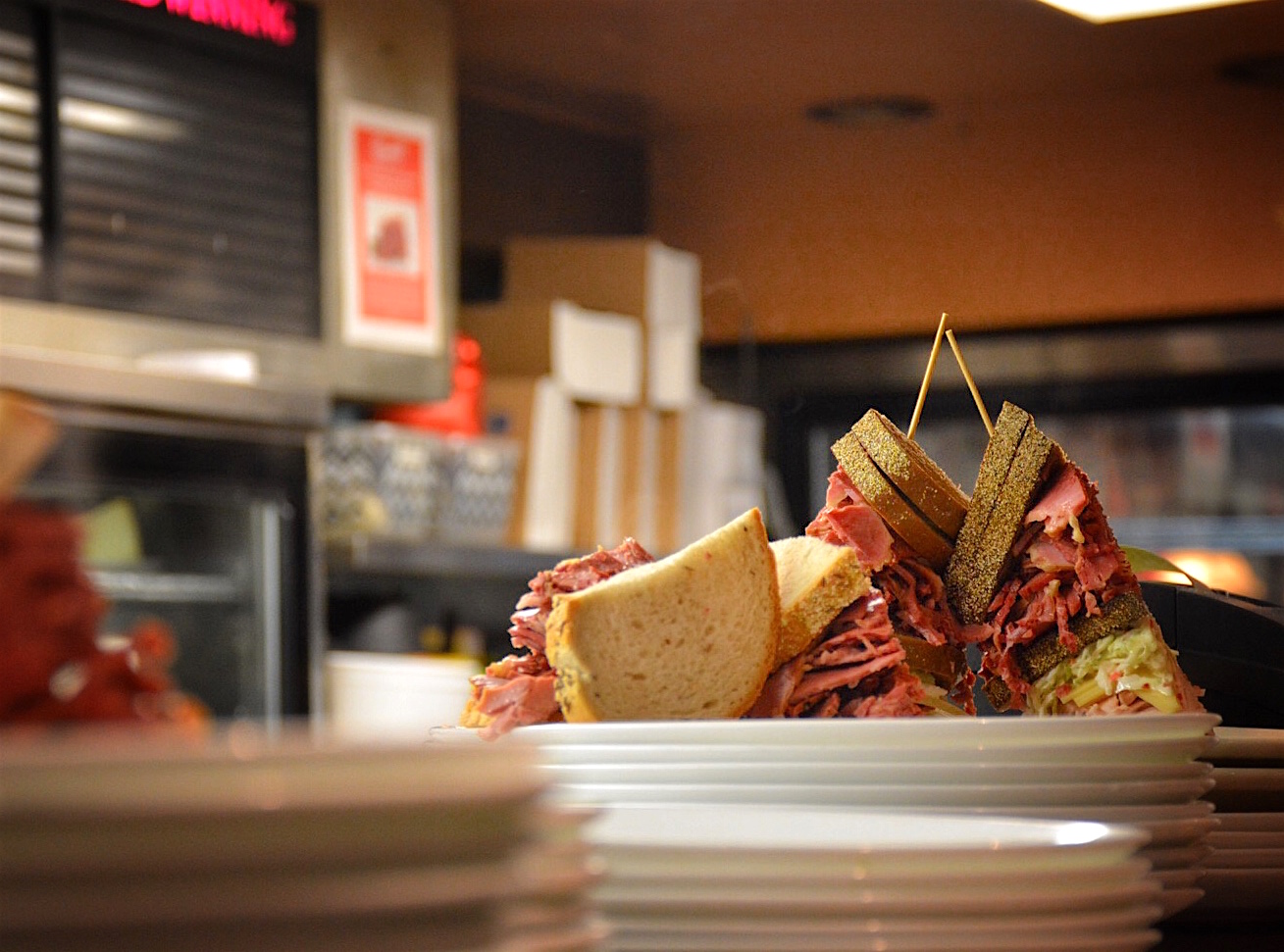 The last morning at Carnegie Deli

A final visit to Carnegie Deli reminded me of why I’ve let the year 2016 slip by without sharing more with you here at GCGL.  For me, these past twelve months have been many things; there were some changes, some distractions, fortunately a few accomplishments, and a few disappointments, too.  But I could not let the last of the year slip by without saying hello again.  So here is wishing each of you a year filled with lots of laughter, new beginnings, and wonderful surprises, and and I hope to share much more of my food adventures with you here on GCGL.  Cheers to 2017!